Manage Systems, Not People, And Everyone Wins 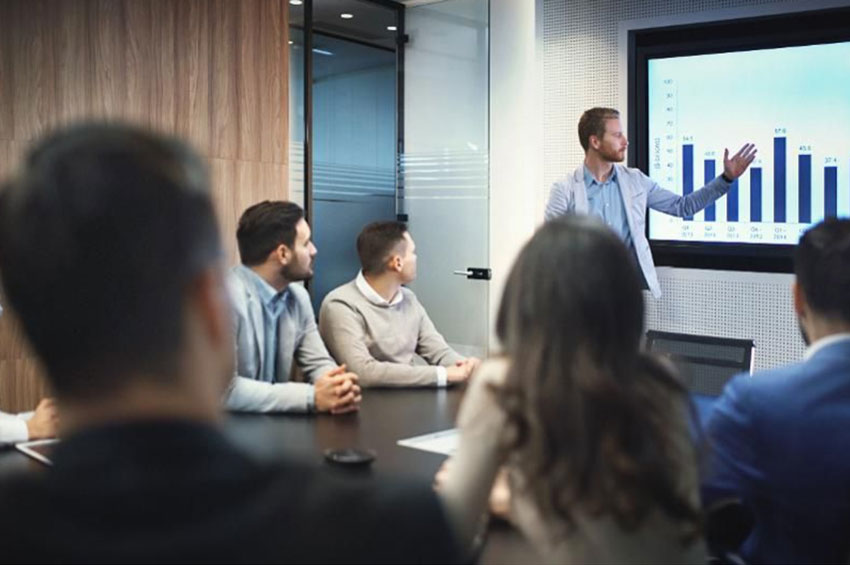 “Without oxen, a stable stays clean, but you need a strong ox for a large harvest.” Evidently, you weren’t the first person to be frustrated by managing employees. King Solomon, who is credited as the writer of Proverbs and is known for his wealth and wisdom, sums it up reasonably well in this passage from Proverbs 14:4. Your business is far less messy without employees, but also far less profitable. The struggle is real.

Said another way, a coach knows that his task is to win. He makes that clear to his team. Winning means scoring more points than the competition in a defined period of time, within outlined rules, and is measured by a clock and scorecard. You may be an avid sports fan. After all, you’re an entrepreneur, so you may love to keep score. But your employees might often find themselves in a marathon without boundaries and with no way of knowing if they are winning or losing.

You’ve tried dangling carrots, pushing, pulling, prodding, yelling and blowing whistles, but nothing seems to work — you tell yourself that your employees don’t care as much about your business as you do. This isn’t shocking … they aren’t owners. They aren’t even coaches. At best, they may know what position they play on the team, but you’ve probably left them wondering if they have scored enough to win, let alone clueless about how to claim the MVP trophy.

Let the drama ensue. The bane of many employers’ existence is managing people. But business owners know that theatrics belong on Broadway, not Main Street. So how do you reap an abundant harvest while minimizing the mess in your stable? Simple — manage systems, not people, via clearly measured key performance indicators (KPIs).

Take two minutes and look at it from their perspective. On any given day, the only person in your company who knows where they stand may live in your sales department. With a specific, well-defined target, Jack in sales knows the number of calls he has to make to get the appointments necessary to close the percentage of sales he normally closes to clear his monthly objective and gain his commission. Jack is aware on a daily basis of how he stacks up against both his goal and his competition. Jack knows the score.

In the typical office, everyone else is left to wonder. With vague, lofty goals like “go above and beyond, provide the best customer service, and respond to a client quickly,” it’s no wonder employees don’t feel responsible for tasks — you haven’t given them any. Nor have you provided them with a scorecard. Sure, you are keeping score in your mind, but Bob in the back office is probably oblivious to the fact that it’s halftime and he’s down by more than a safety.

A few years ago, I decided that wasn’t fair for Bob — and as a technology company, we set out to change it, not only for our internal purposes but also as a service for our clients. Leaders should set clear metrics for accomplishing the goals of a position and track it automatically and publicly on scorecards for Bob and his teammates to see. Then he would know where he stands at all times, just like the guys in sales.

And the best thing is that it’s not personal — or is it? Managing by KPIs makes employee relations feel like simply “business.” The agreement you make when you hire employees involves tasking them to do a job and compensating them fairly. Expectations are clear, and the scorecard is visible. There are no hard feelings: They’re either capable of scoring or they’re not, which can allow you to operate on a very healthy personal level with them as well. You no longer have to yell at employees or blow the whistle. If they aren’t doing their pushups and eating their Wheaties, it’s on them. They have to sit on the bench and eventually, they may have to get cut.

Now you can coach, motivate and train the team, minus the drama. Beginning coaches, huddle up. Start by outlining clear, measurable KPIs for each position within your company. For example, if you measure customer service wins by prompt response times, track the time it takes each person in that department to respond to a client’s phone call, online chat, contact form or direct message on social media. Establish your company average against a national standard. Set goals and reward those who exceed them. Use reviews to correct underperformance and, eventually, learn to cut your roster faster.

What gets measured gets managed. No fire-breathing dragons are required.

Original Article can be viewed here.