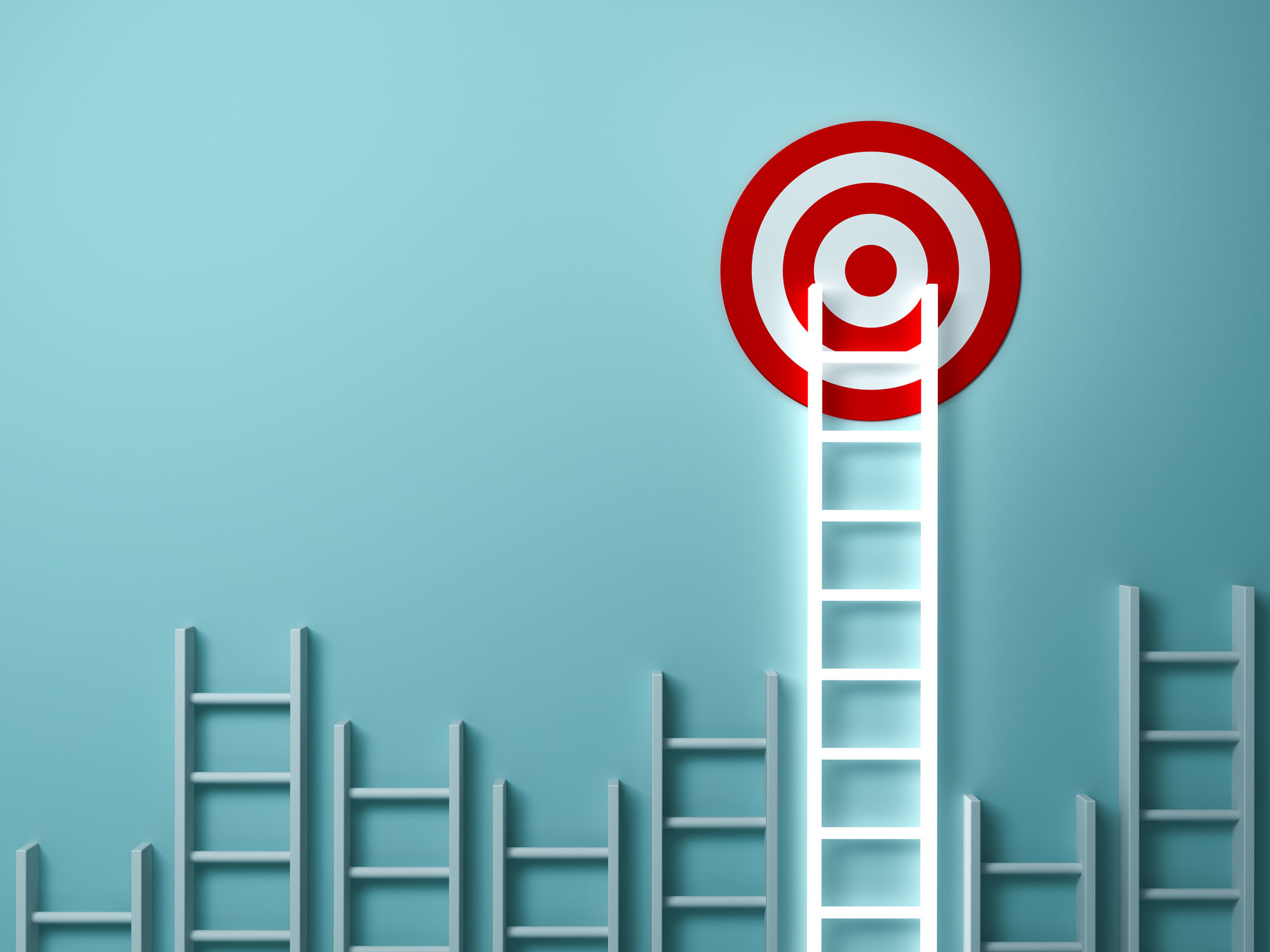 The never-ending seesaw of goal setting and goal failure. Most of us set goals this time of year to put our families and ourselves into a better position than we were a year ago. It is a noble pursuit; however, goals seem forgotten as fast as they come. We either become demotivated, too busy, frustrated with lack of progress or one of another 100 excuses.

After a series of these failures, one will usually choose between three paths: keep doing the same thing, quit setting goals altogether or decide to do some research on setting better goals. Personally, I’ve done all three of the above in that exact order. If you’ve reached the last step you may have come across a century old management technique called SMART goals. SMART is an acronym that goes by several variations but my favorite is Specific, Measurable, Attainable, Realistic and Time-bound.

For brevity’s sake, I will only lightly touch on each of these. If you wish to dig more deeply there are hundreds of articles at your disposal.

A SPECIFIC goal is unambiguous. I would be willing to bet that most of my readers have set the “get into better shape” goal at least once in their lives. I would rather not admit how many times I set a goal to have the abs of someone like Ryan Gosling. However, a more specific goal would be to lose two inches off your waistline or to drop 10 pounds. While these are more specific, they miss an important part of the goal setting process: the why. Why you want to do something is more important than what you want to do or how you’re going to do it. For a deeper appreciation of this simple yet profound message, look up the author and speaker Simon Sinek.

If your goal were MEASURABLE, you would be able to answer these two important questions: Are you on track? How do you know when you accomplish it?

An ATTAINABLE goal asks if the goal is set too high or too low. For example, I could read a book a month but, even though I really want it, I couldn’t become a starting forward in the NHL.

REALISTIC goals are often confused with attainable. I could set an attainable goal of becoming a doctor in so many years. However, it isn’t realistic because it does not align with my other professional and personal goals.

Finally, a TIME-BOUND goal sets a point in the future to hold yourself accountable. Did you or did you not hit your goal by the date set.

For many of you, SMART goals are neither new nor revelatory. I would also wager that by implementing the above, you may have increased your odds of success but you still may not be achieving your goals at the rate with which you would like to be.

After a lot of self-reflection, discussions with my teams over the years about their own goal achievement (or lack thereof) and the always-enlightening conversations with Tim Lee (Goal-Setter-In-Chief and my former colleague) I have identified what, more often than not, separates those who succeed versus those who fail using the same SMART method.

What the SMART system does is allows us to set goals with specific attributes that make it more likely for us to achieve those goals. What we need in conjunction with these attributes is a system of actions that complement the SMART system. So, let us graduate together from SMART goals to SMARTER goals.

To evaluate is to create a process and actively test yourself against your goal as time progresses. This is an expansion on the MEASURABILITY of a goal. Creating a measurable goal is passive. It ensures that you can measure it along the way. However, just because you can measure your progress doesn’t mean you have or frankly, ever will.

Think of it this way, if you have a sales goal of $1000 a month. You know based off close ratio and average sale size you need to actively seek out ten new prospects, set two new meetings and propose one new quote every day. Prospects, meetings and quotes are your benchmarks, the frequency is daily and the progress is your predefined number (ten prospects for example).

This creates a rigid process that will more quickly alert you to when you are either ahead of or behind where you need to be. I suggest setting daily or weekly checkpoints for monthly goals. As well as setting bi-weekly (every two weeks) or monthly checkpoints for yearly goals.

Have you ever wondered why the world’s best athletes have cheat days? It’s because studies have shown that you are less likely to achieve your goals unless you celebrate wins both large and small along the way. In the case of cheat days, an athlete may work out several times a day while closely monitoring every bit of food intake along the way. A cheat day is a mental (and sometimes physical) break that allows this person to come back in with a fresh mind after rewarding him or herself for a job well done over a specified period of time.

However, rewards such as cheat days are only effective if they are pre-planned. The reason for this is twofold. First, rewards will begin to lose their meaning if they are not linked to a specific win. Second, without structure, it is tempting for your rewards to become more frequent, despite where you are on your way to your ultimate goal.

I suggest celebrating small wins at each checkpoint with equally small rewards. For example, if you like to golf, your small reward could be going to the range to hit a bucket of balls. Finally, your large reward comes after achieving your ultimate end goal. To stay with the theme, an appropriate large reward may be buying yourself a new golf club. I suggest scaling the size of your large and small rewards to the size of the overall goal itself. For example, if your goal is finally cleaning out the gutters this weekend, buying yourself a new car for the achievement is probably not appropriate.

By adding a process or actions to your goals, the likelihood that you will achieve them this year will increase dramatically. Remember, it takes 21 days to break a habit or create a new one. What will your habits be three weeks from now?

About the author: Logan McLean is an amateur writer, a poor woodworker and an expert queso critic. Born and raised in Texas, he avoids country music and any sort of group dancing. He surrounds himself with people who are far more intelligent and successful than he is… they are not difficult to find. He loves technology, epic fantasy novels and low budget sci-fi movies almost as much as he loves his wife and kids.  Logan serves as Director of Business Development for Simpatico Systems.  Contact Logan at logan.mclean@simpat.co.